Hello Engineers. Glad to see you again on this website. Often, to the graduated, Beginner, hobbyist, or sometimes teachers, a common question is being asked. The question is, ” What are differences in Current Voltage and Power? OR, What is the difference between Current and Voltage? Or sometimes, beginners also struggle in starting with understanding the difference between Current Voltage and Power. So, I thought today, for some of my visitors to make a post explaining everything detailed. This post explains in detail about Resistance, Current, voltage, and power with the help of some real-life examples, demonstrations, and info-graphics. Also, how resistance, current voltage, and power are related to each other. What electrons have to do? The behavior of electrons and current voltage and power.

Before Jumping to the actual definitions or things, let’s first discuss about some basics.

Electrons are negatively charged subatomic particles that revolve around ( orbit ) the nucleus of an atom. They are actually negatively charged particles of an atom and are universal fundamental unit for a negative charge. In an atom, electrons reside in a spherical shell of different radius and the size of the shell shows different energy levels. Electrons can either be free or they can be bound to the nucleus.

In real, electrons are much smaller in size as compared to nucleus of an atom.

Neutrons are neutral( without charge), protons are positive charges (+) and electrons have negative charges (-).

One electron volt is the energy that an electron gains when it travels through a potential difference of one volt (1 eV = 1.6 x 10-19 Joules).

Electron Flow:- Electron flow or flow of electron is the electron current. Electrons in a battery, flow from the negative(-) to positive(+) side. Whereas in just normal ‘Current electrons flow from positive+ to the negative side – (outside battery). This what actually happens, Electrons move from negative of the battery towards Positive.

We Know the Basic definition of current we have studied in books. Usually, Current is the flow of electrons through a conductor. OR,

Current or conventional current is just the assumption of how current flows out through circuit,i.e from battery positive towards the battery negative, this was actually discovered when electricity was found. But actually it’s incorrect. Electron Flow is the real thing that actually happens.

Both concepts are used and if you talk about textbooks, then many textbooks are having half explainations.

The Letter ‘I’ is universal to denote the current in a circuit. The universal SI unit of electric current is Ampere and written as ‘A’.

The Electron Current is always in reverse to the Conventional current in a circuit. And, electron flow is the thing that actually happens.

Basically, there are 2 main types of currents:-

Usually, Pure sinewave signal is what we get in our homes and industries from Electricity Substations. Pure sinewave/ sinewave AC is the purest form of AC current that can be naturally obtained from AC Dynamos and Generators.

Square wave AC signal is what we get from Astable Oscillators, Mostly Common and old fashioned or small purpose inverters. It’s not a pure form of AC.

Modified Sinewave Signal is also what most of the inverter devices give. It’s actually not pure AC signal but still its improved waveform and is chopped and trimmed, by either using PWM pulse or chopper circuit.

In an AC signal, The signal keeps changing polarity with a regular time interval which is called frequency. Frequency is the number of cycles in 1 second.

Both AC and DC are useful in their own scope of requirements and usage.

Its symbol and unit were given after a german scientist named, Greg Simon Ohm. He was a German physicist who studied the relationship between the voltage current and resistance.

Resistance is the ratio of length of wire and cross-section area of the conductor/ wire/ Resistor. i.e

The resistance of a conductor depends upon its material, temperature length and area of cross section.

Resistivity is a term that is a property of a material that specifies the resistance offered by a certain material. It is denoted by ‘p’.

Resistance is also = Voltage / Current, i.e R=V/I. That is, defining relationship between Voltage, resistance and Current.This we’ll discuss later in this post.

Its SI unit is Volts(V). This was due to the name of an Italian Physicist named Alessandro Volta, who discovered the first-ever electric cell. Usually,we can say Voltage=pressure/ force.

Earlier, the voltage was also said to be an electromotive force (emf). This is why in equations such as Ohm’s Law, voltage is represented by the symbol E.

When, in a circuit, the switched is turned ON, the voltage from the power source’s two terminals generates a pressure, that forces the electrons to flow as the current through the battery’s negative terminal. As shown in the GIF format simulation.

This voltage during one complete cycle of AC, goes to +220v an down to -220v , which are called as negative and positive cycles.

The relationship between Voltage, Current, and resistance is defined by a Law, which we call Ohm’s Law. It is a Law discovered by a great German Physicist Greg Simon Ohm, which was named after him.

I=V/R. If the voltage increases, the current is increased. And, if the resistance increases, current decreases.

You may want to check Online Ohm’s law calculator. To verify the equations and help you calculate too.

A pipeline attached with a water tap. When you open tap full, pressure(voltage) increases in resulting with more water(electrons/current) flow.

When you slightly turn the tap to slow the water, the tap cork obstructs(resistance), the water(electron) flow is also reduced. So, This real-life example is helpful for us to understand Ohm’s Law, as well as the relationship between Voltage, current, and resistance with electrons.

In the above GIF format Simulation, I have explained how voltage, current, and resistance are related to each other and with a real-life example of water tap and pipe line.

In this, the amount of water flow is flow of electron, or current. The pressure of the water flow, i.e speed, is Voltage.

Whenever, the pressure knob of the tap is a little bit closed or turned to slow water, the cork comes to obstruct the water. This is the obstruction offered to the flow of electrons by the resistance.

While the pressure knob is turned in opposite direction to increase water pressure(pressure=voltage). so also more amount of water flows(more current starts flowing in a given time).

This was how they are related, hope now every thing is really clear.

Power- What is Power?

So now, after you have understood the about voltage, current and resistance relationship, difference, as well as behavior of Electrons flow exhibited during the charge flow and obstruction. Let us now talk about Power. What is Power. What is difference between watts and volts?

Basically, Power is a product of Voltage(Potential difference) and Current flowing through a circuit. Also, power is amount of energy transmitted or applied per unit time (as per defination i physics).

The International Standard (SI) unit of power in watts. 1 watt of power is equal to 1 joule per second. Power is also work/time. And, power is a scalar unit.

For example, a pump rated for 1 horsepower means it is required power by a pump, i.e equal to 1 horsepower or 745 watts, if the pump is ideal 100 percent efficient. Usually, it’s a bit more as nothing is that efficient. 1 horsepower also means to drive 550 foot-pounds per second, that is also the power a horse can provide.

POWER Factor (PF): Power Factor in electrical/electronics engineering is the ratio of power actually consumed by any Load to the apparent or rated power or power that is used to run a particular machine.

In other language, its the ratio of actual power consumed(Kw) to the apparent or running power(KvA).

This difference between the two is due to the resistance offered and other factors like heat dissipation, etc.

So guys I hope You people liked this article, for more such articles and Circuit projects, Subscribe To our Newsletter. Also, do comment below about the article.

Share this articles with your friends, teachers, and classmates. Thank You 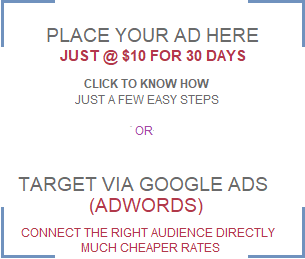